This year, the international short film competition “Weimar Poetry Film Award” received 470 entries from over 50 countries. The program committee nominated 24 of these short films. The international jury, consisting of Kathrin Tillmanns, Jan Volker Röhnert, and Helmie Stil, will award the two main prizes of 1000 Euro each for the best animated film and the best live-action film. The audience will have the opportunity to cast its vote online. 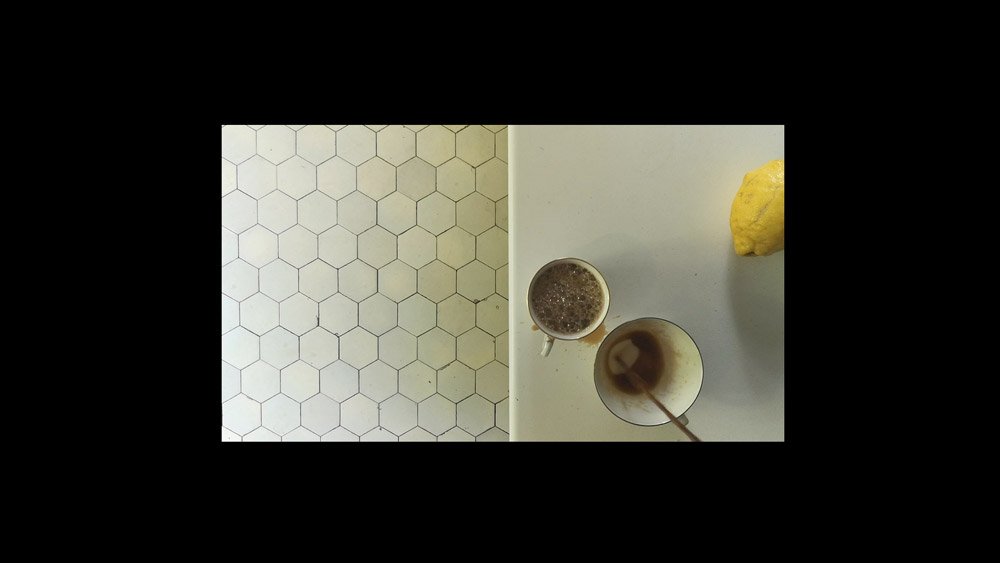 Produced in April 2020, “fernsehen” is a poetic essay on duration and intimacy, rootlessness and habit. Thanks to Pauline Weh for supporting the project with a musical composition based on the original poem. 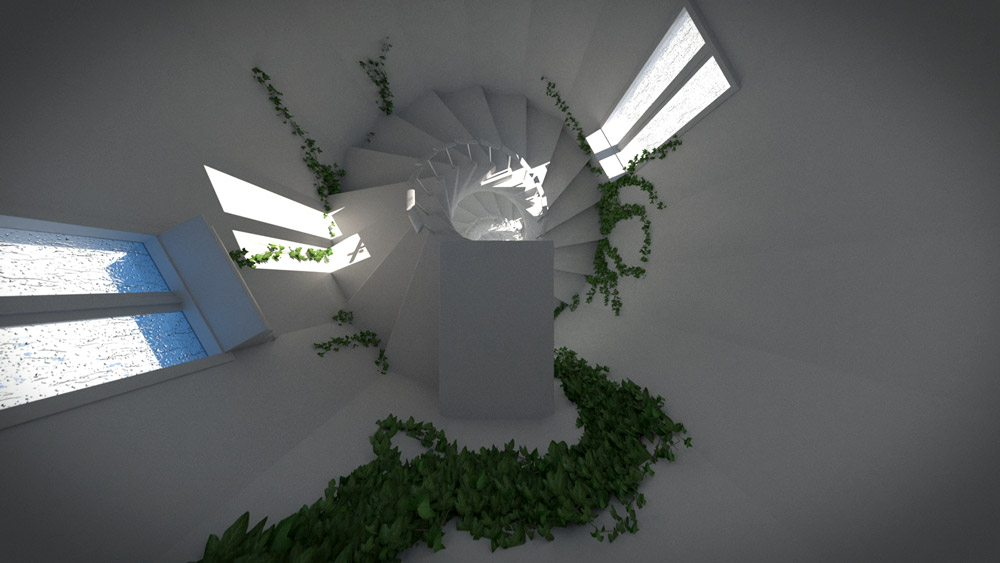 “To Do” understands itself as a free visual interpretation of the individual lines of Rike Scheffler’s poem. Space, time and thoughts become unimportant, whereas the eye is guided through an abstract world, without rules or points of orientation. 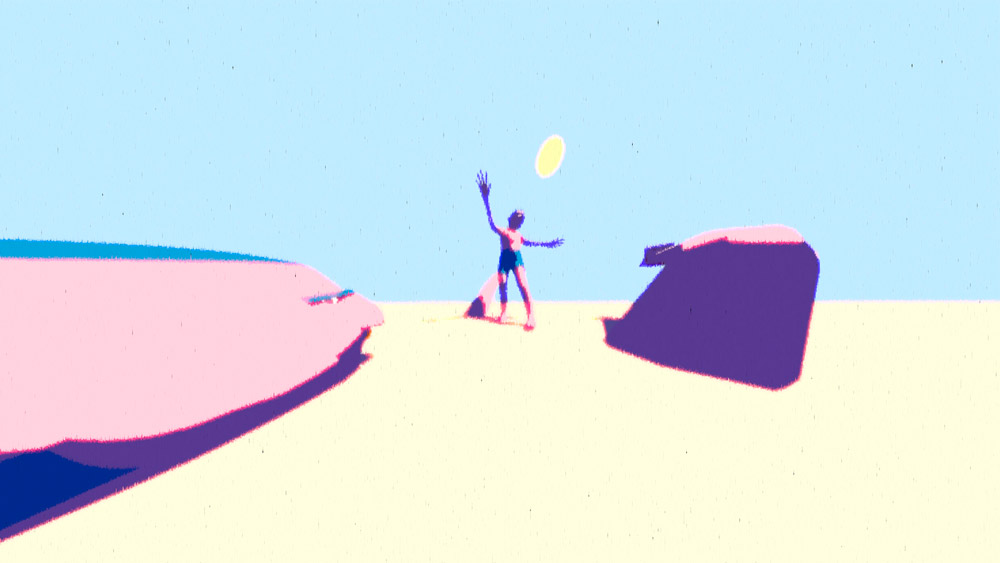 A sketch of redemption for a man who grows up and deconstructs his first depiction of the world through poetry. 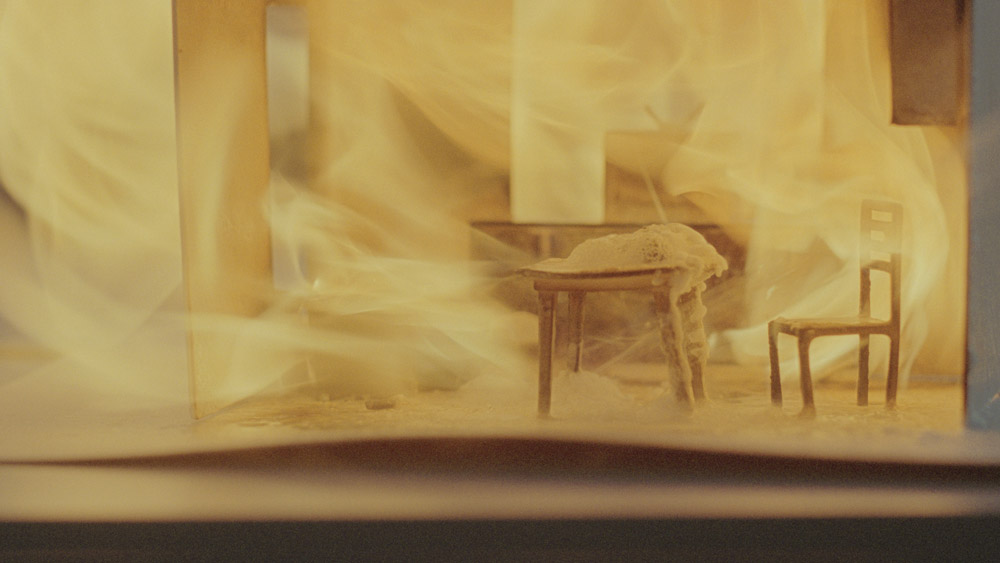 This playful dreamy sequence, based on a poem by Jackson Hubert, is set around the Zenbudhistic idea of “gaining by letting go .” The ever-changing scale of the objects plays with the viewer’s perspective reminding of the relativity of everything around us – one is the creator and the one being created at the same time. 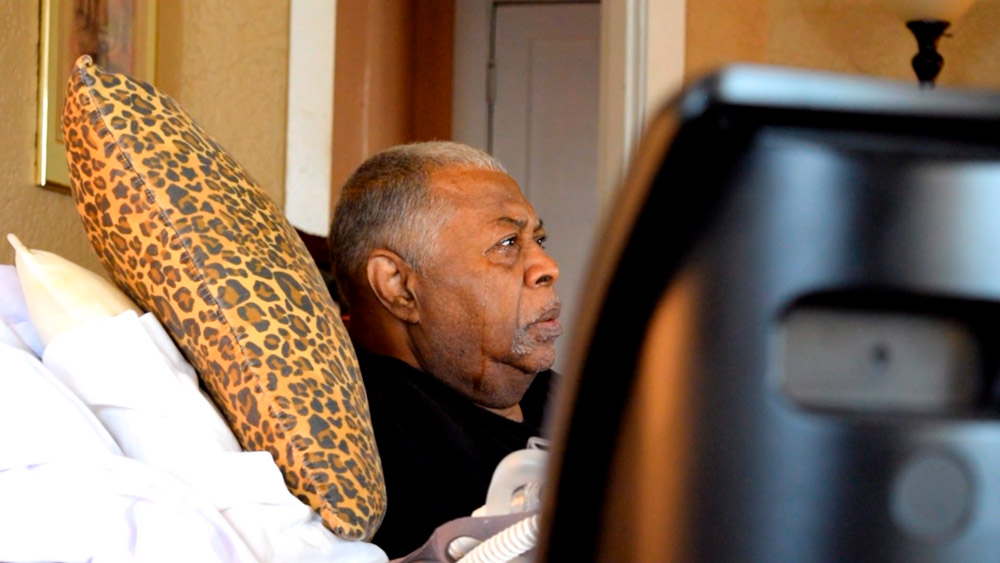 Life as We Covid

“Life as We COVID” is a thematic abstract as poetry and visualizes the concern and implied mortality of a confined elderly African American man amid the COVID-19 pandemic. 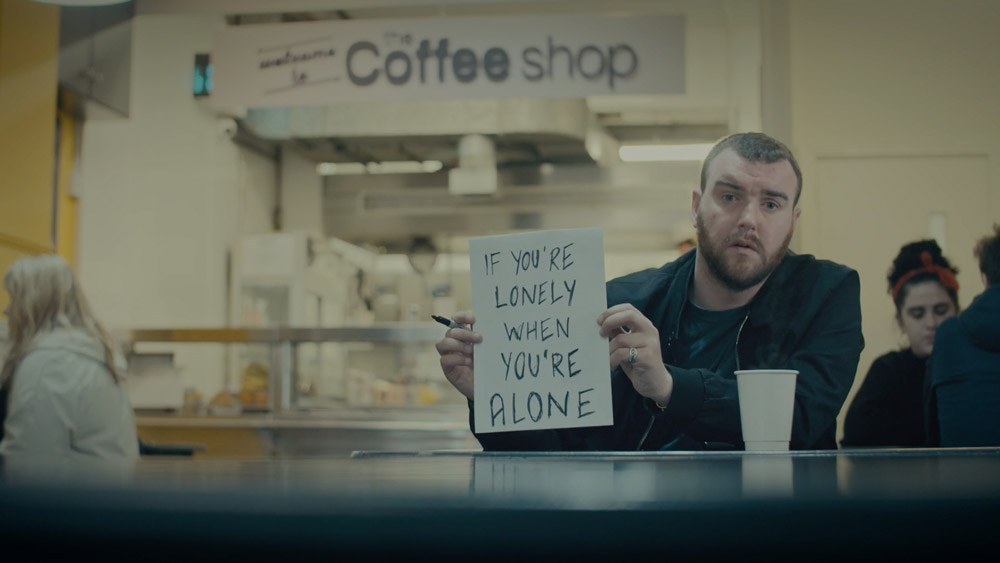 ‘What If?’ is a short spoken word poetry film written by Stephen James Smith & Directed by Simon Daniels

‘What if? was the centerpiece of Focus Ireland’s 2019 campaign ‘Couches Don’t Count’ to #EndYouthHomelessness. 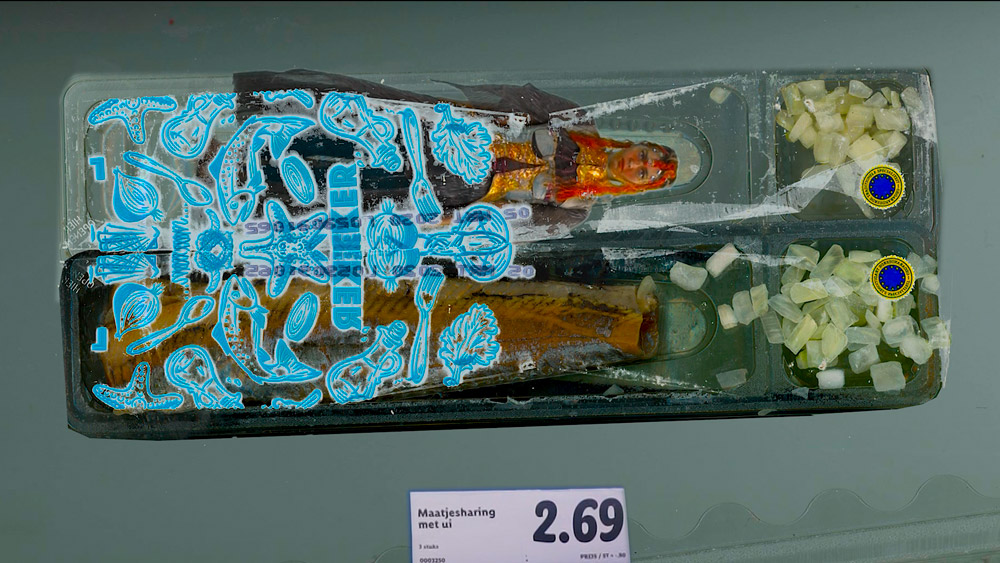 A film about a Fish Prince trapped in a supermarket herring package. Fish gladly offers wishes to the protagonist, the grocery shopper. But will outrageous consumerist greed push her too far? A chorus of weeping, onion chopping supermarket employees watch on as this fairy tale dream sequence unfolds to a fast-paced poetry narration. 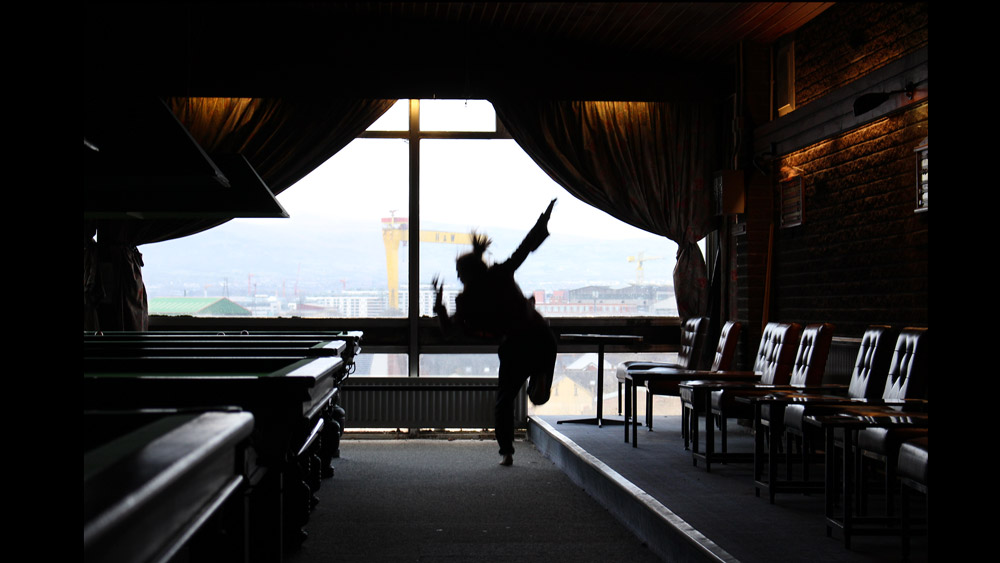 A short film directed by Dave Tynan featuring the words and choreography of Oona Doerty. In her words, we wanted to make a film that “abstracts the broken memories of my youth of Northern Ireland into a neon-bright prayer.” 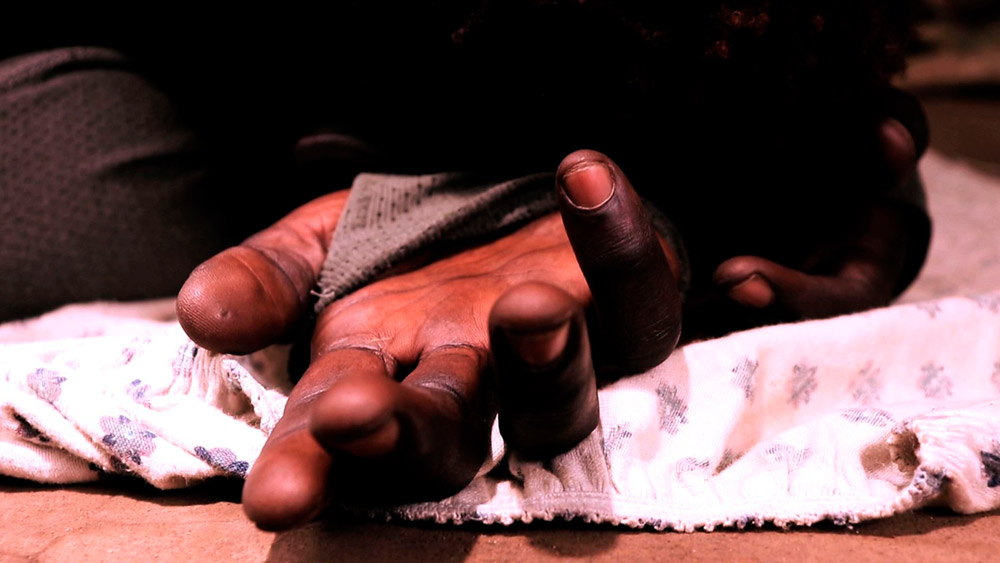 17 street youth from Sierra Leone each wrote five lines of poetry about homelessness, which were brought together to make one long poem called ‘Homeless.’ All those taking part are practicing poetry have been published in ‘Written Off,’ and ‘Street Rhymes,’ compilations of poems by street youth and have been published online and performed live. Josta liked the finished poem and wanted to make a film of it- which is what you see. He filmed with the poets showing where they sleep and how they make shelters or collect cardboard to sleep on. Shot on a Canon 70D and edited on FCP. 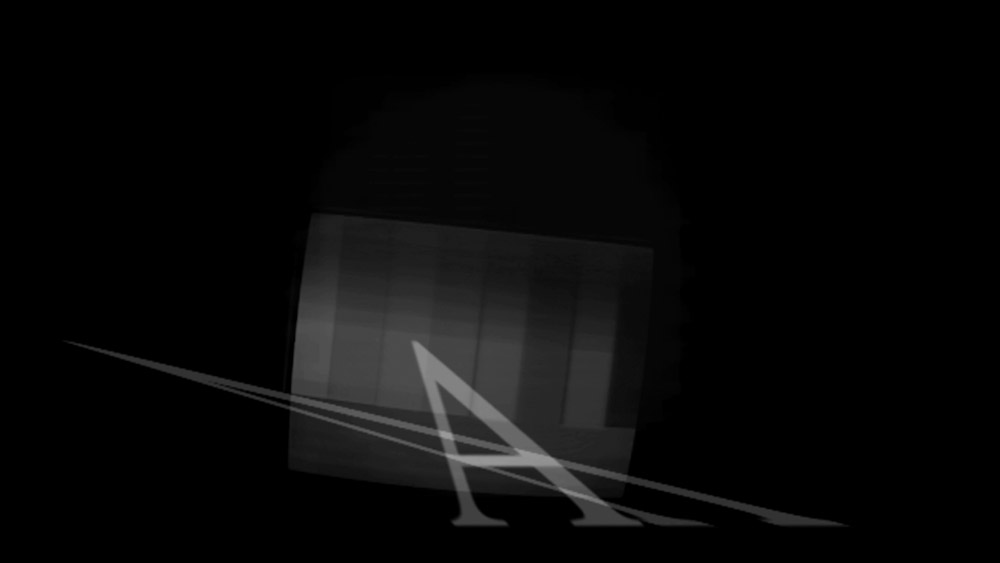 Liquid Traits of an Image Apparatus

On the screen’s digital surface, abstract machine codes appear as images, readable by humans. Visualized machine instructions make up their own semantics and are base for human instructions. On a cinema screen, these images are detached from their initial meaning. They condense on the picture base and swash into our eyes. Like a random rhizome structure, an associative montage of minimalistic user interfaces follows the film’s timeline. Our body perception and our interpretation formed by media conditions become protagonists in a film without narrative. 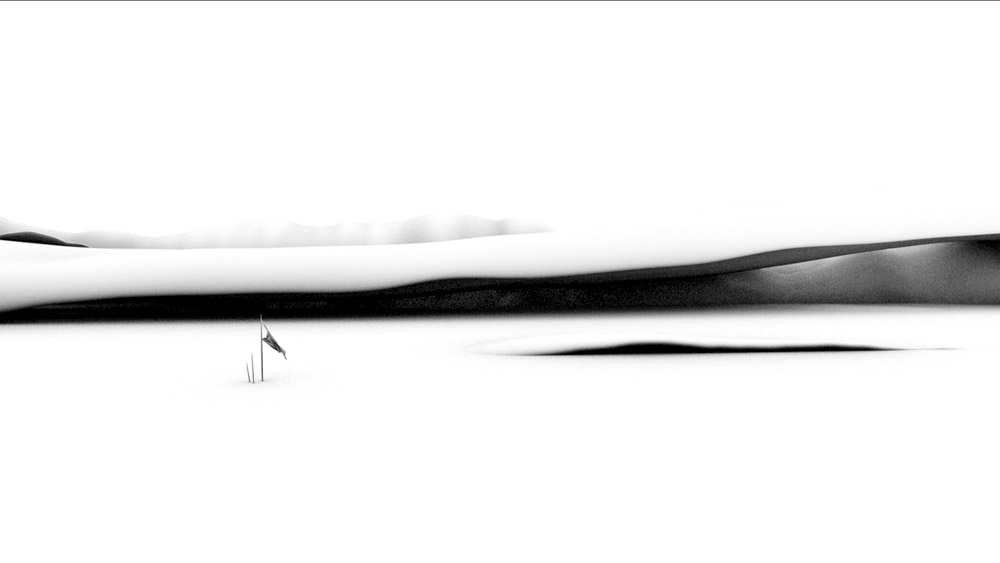 A haunting memory traveled to the sea to ﬁnd rest. This is a gift. 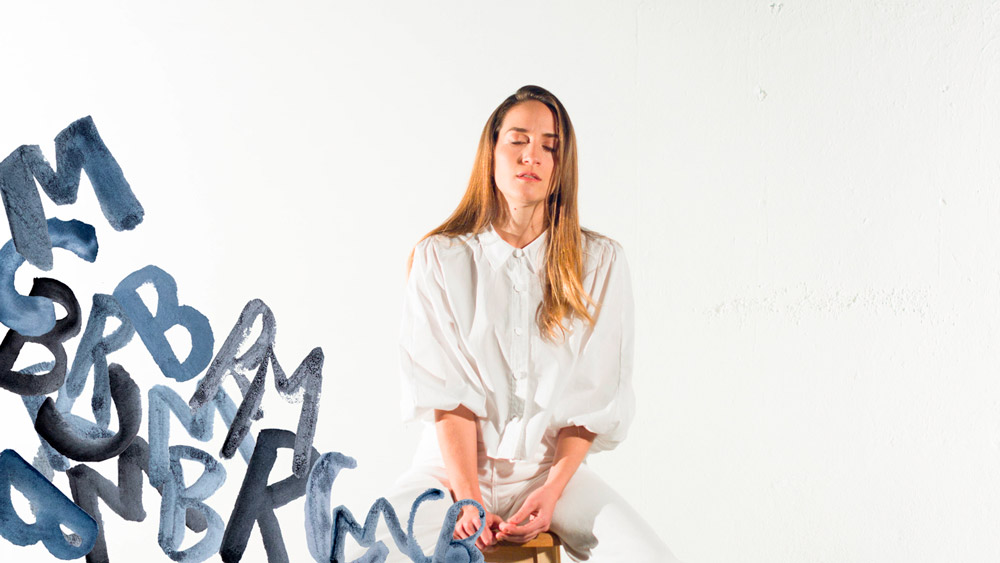 “Ode to R” (Oda a la R) is a poem that maunders through the musicality of words, analyzing the essence of their very soul in order to spell out the sounds, nature and experience of the earthquake that shook Mexico City on 19th September 2017. 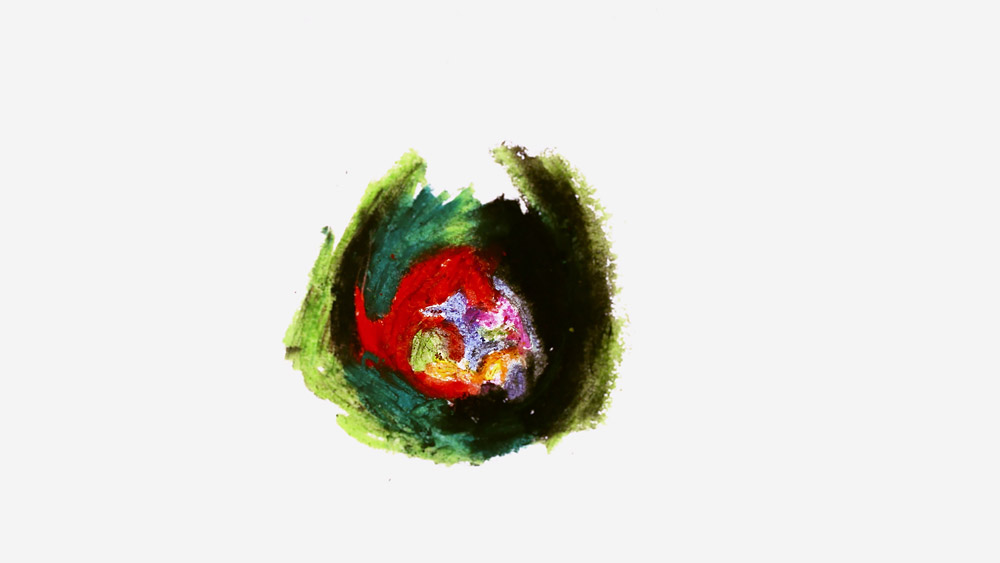 I see the abyss

Inspired by the work of a polish poet Bolesław Leśmian visual poem about being alive and wanting the opposite. A man walks his dog into the dark forest. Thoughts and sensations are swirling in their heads, but they are unable to communicate them. They walk together yet isolated. 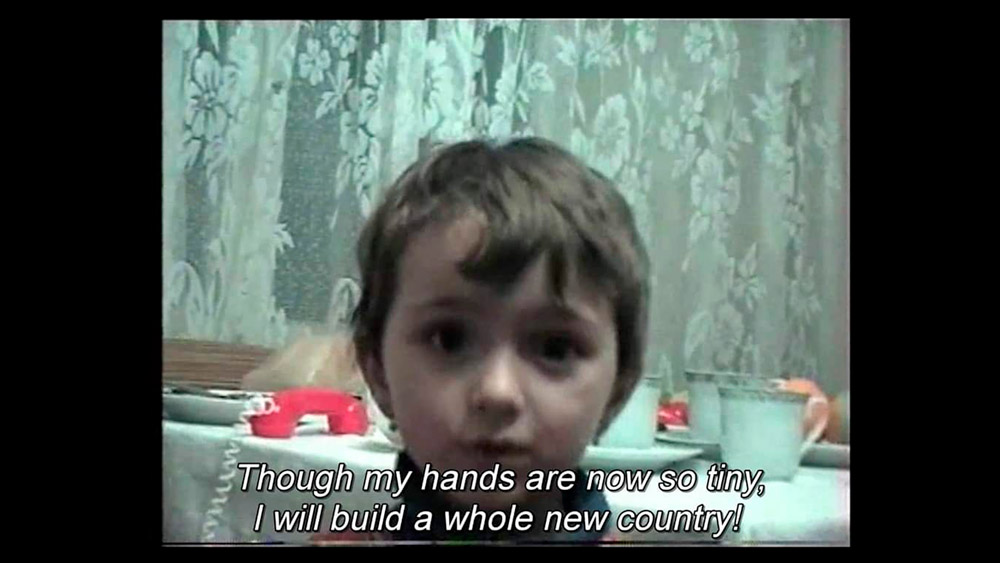 A shovel and a trowel

A video poem made of VHS family archive footage, communist posters and lyrics, present-day observational footage, and TV news. A reflection on the image of the worker and the working conditions then and now. 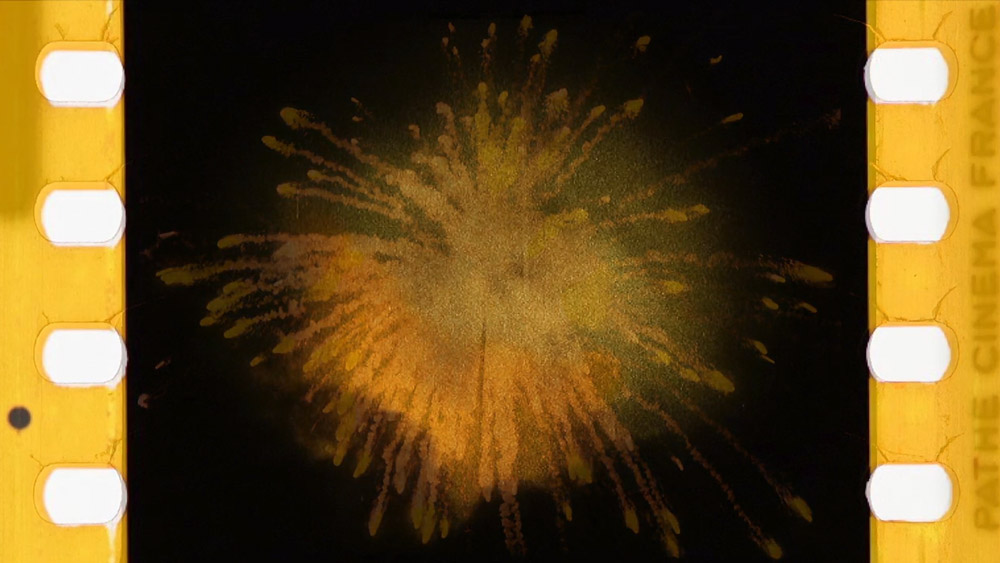 A young woman laments the loss of her innocence and mourns her lover as Europe is ravaged by war in the summer of 1914.  “Entre Les Images” is a found footage film composed of preserved 35mm nitrate film frames from over 100 silent films, a large number of them irrevocably lost or only partially preserved, with nothing to mark their presence outside these majestic few frames. As a whole, they represent the hopes, dreams, and promises of tumultuous times that left their scars on its media, perpetuating life and death between every frame. Putting these frames back into motion creates new meaning between them. 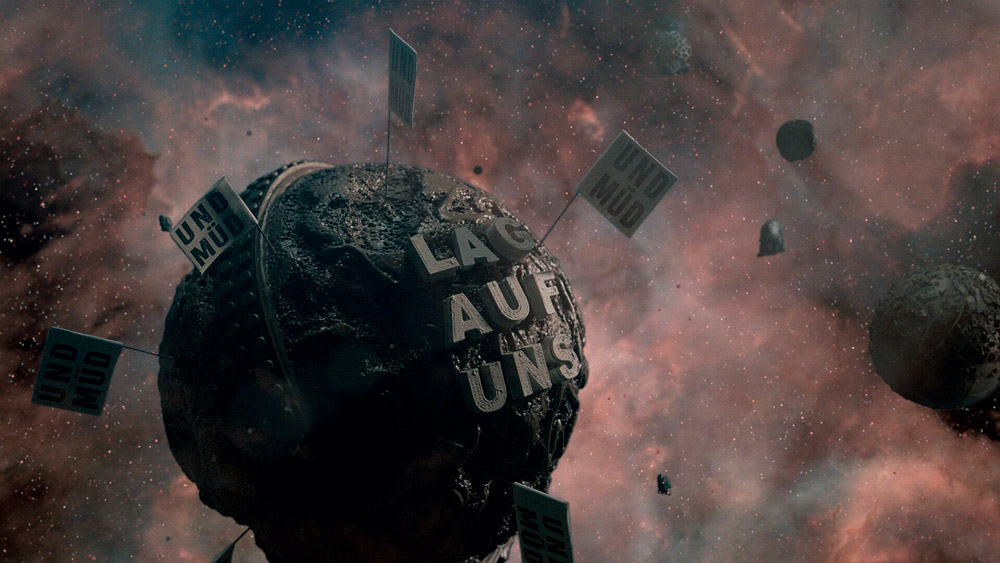 A love poem by Ernst Jandl is the basis for a musical `Tête-à-tête` between a woman from Dresden and a Martian. Quickly, a roaring love scene in a rental car, which ends in complete chaos caused by a violent Monday demonstration 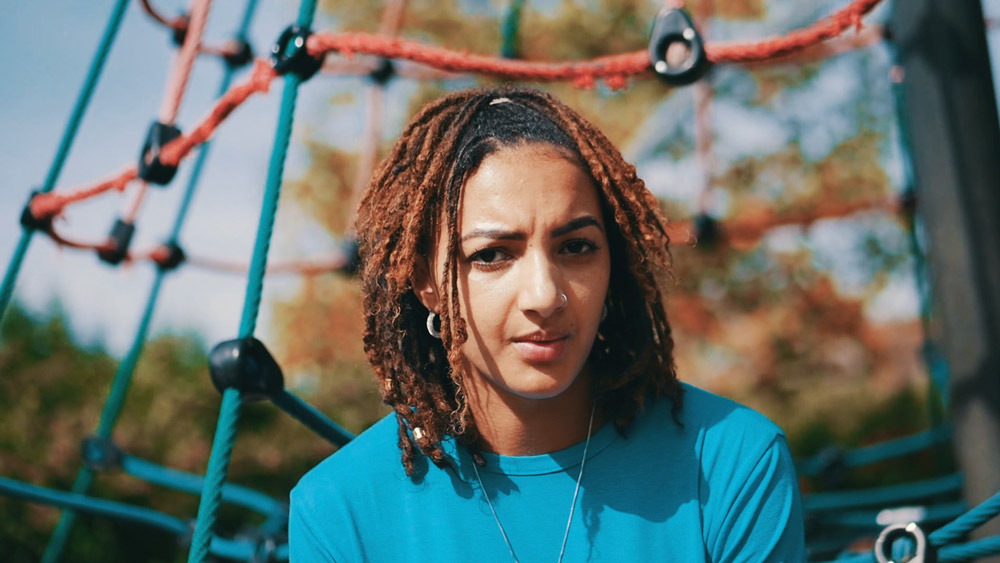 No More is a spoken word piece that explores my experiences and the real effects of knife violence amongst our young people growing up in London. 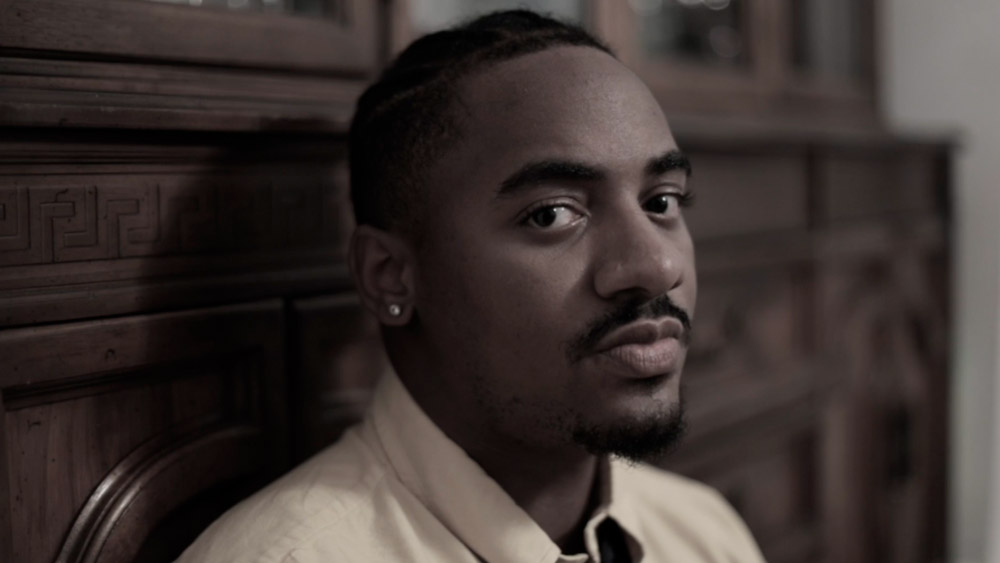 ​A man looks at his grandmother’s fine china cabinet and reflects on his patriarchal influences. 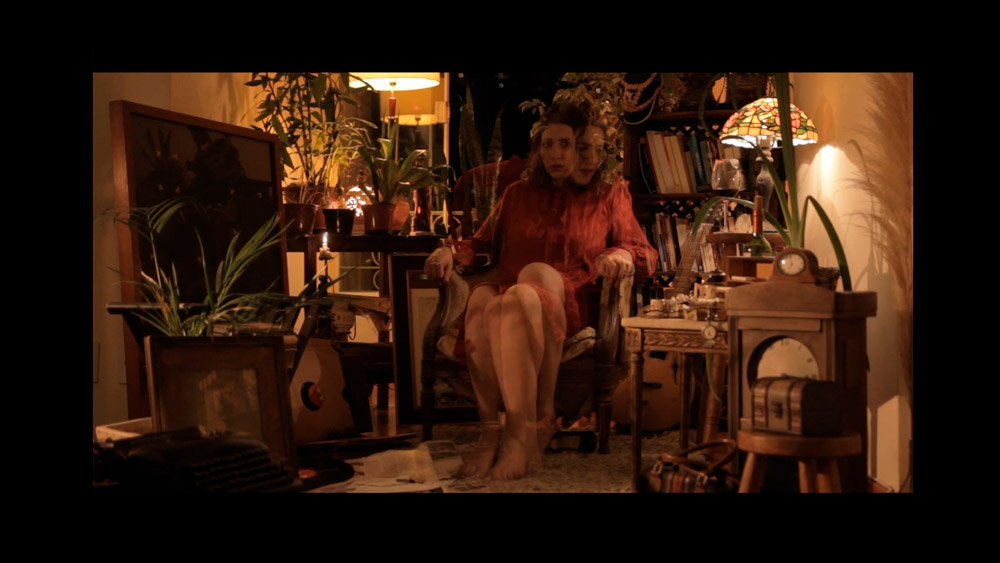 Urgent Manifesto is a call to life, here it is now, a provocation about time and its finitude, – where does the infinite reside if not in the immensity of a moment? An invitation to free ourselves from the chains imposed by ourselves, past, excuses, fears, and immerse ourselves in life, while we are in it. 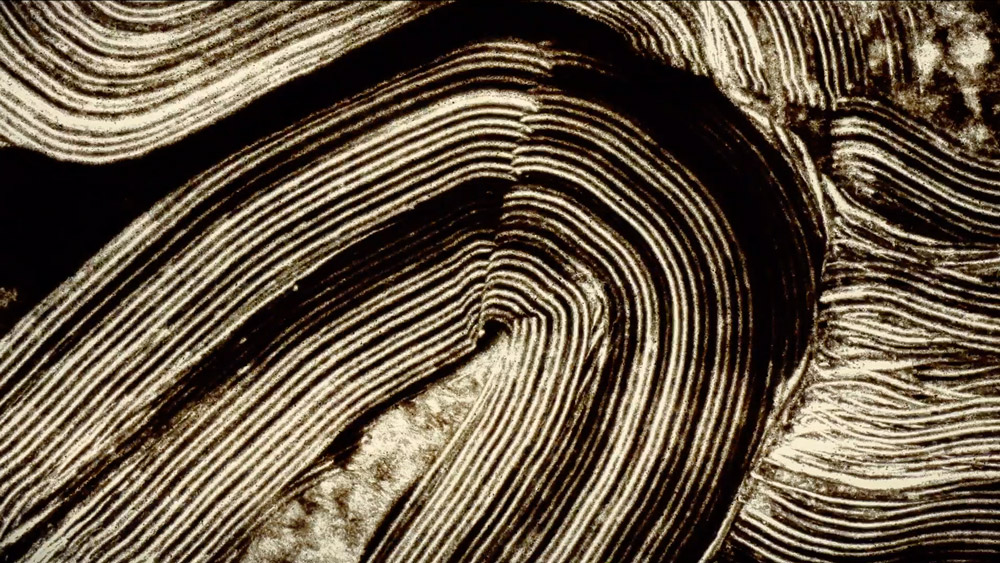 This film is an attempt to capture the sensations caused by reading the poem Uncertain Expanses from the book “Sordera de las nieves/The Deafness of Snow”, written by Colombian poet Lina X. Aguirre. The sand on glass animation tries to evoke the materiality of an uncertain geography. 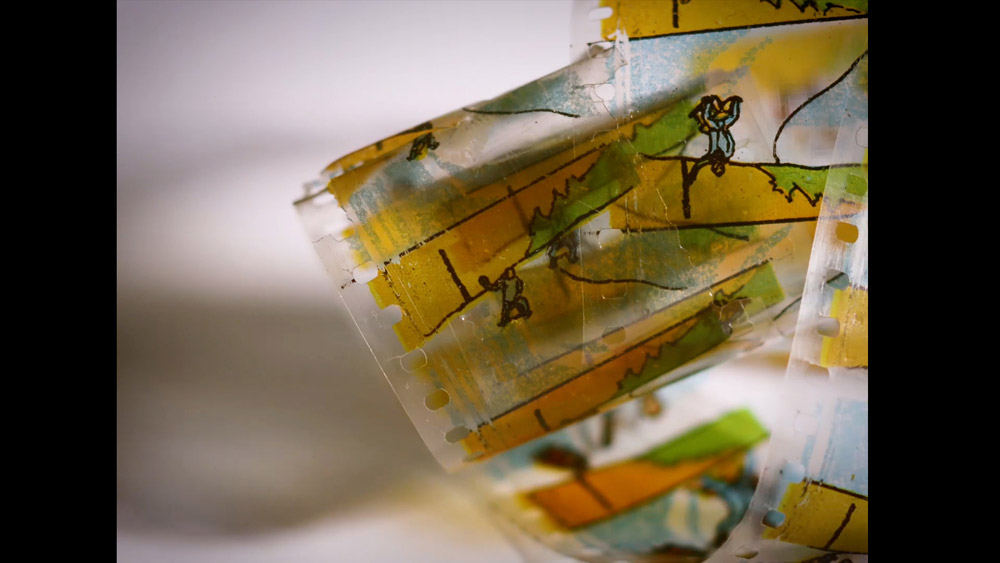 Snow, film dust, particles.
Wear, damage to, and break-up of a film in the projector – of an old laterna magica.
Winter scenes – animated found footage from the period around 1900, and
computer animations – assembled to accompany a poem by Kathrin Schmidt.
Additional noises were generated using remnants of film and the laterna magica. 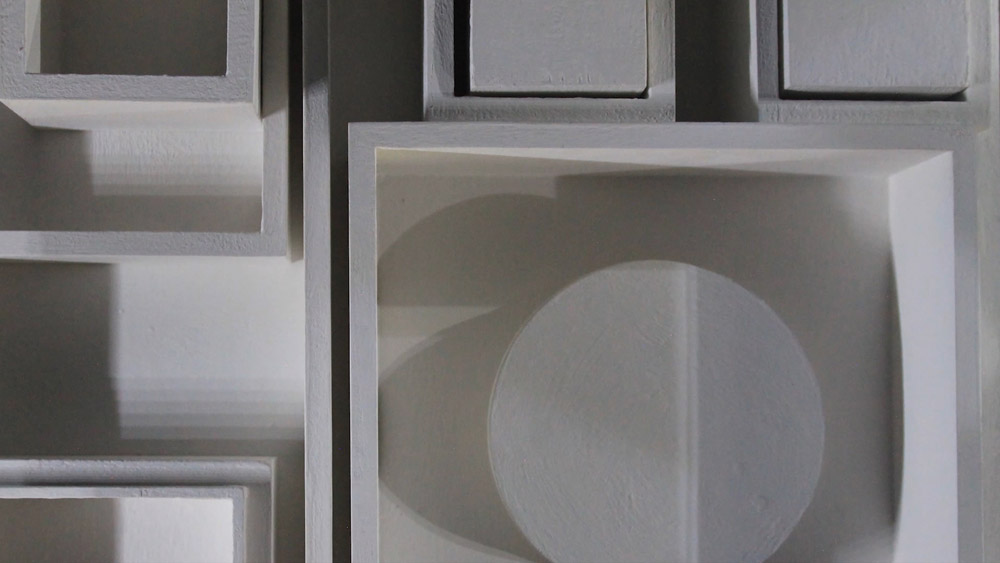 Since lockdown due to COVID 19, director Diek Grobler and team have been working on a series of animated films in response to the global pandemic. In this poetry-film, with text by Carina van der Walt, we seek to fuse image, sound and text to explore the possibility of tightening the symbiosis between film and text in animated poetry-film. Through sound, music, abstract form and movement the film aims to reflect the tension resulting from uncertainty and fear about the pandemic. 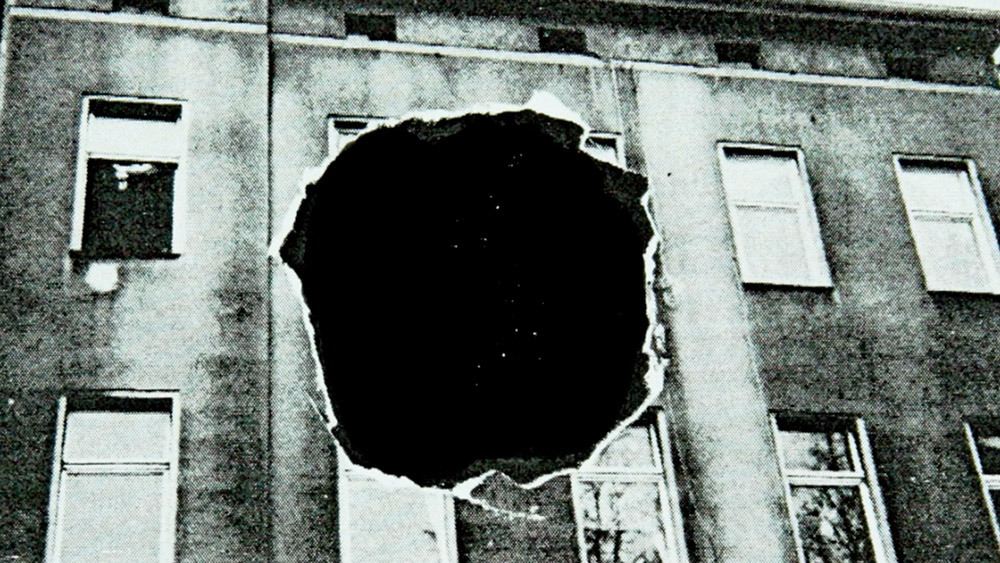 A film about the inner life of the East German „Wendegeneration“ -the children that experienced 30 years ago the german reunion in 1990- the lack of a safe past, which tells of constantly renewing breaks and the search for one‘s own place in the world. 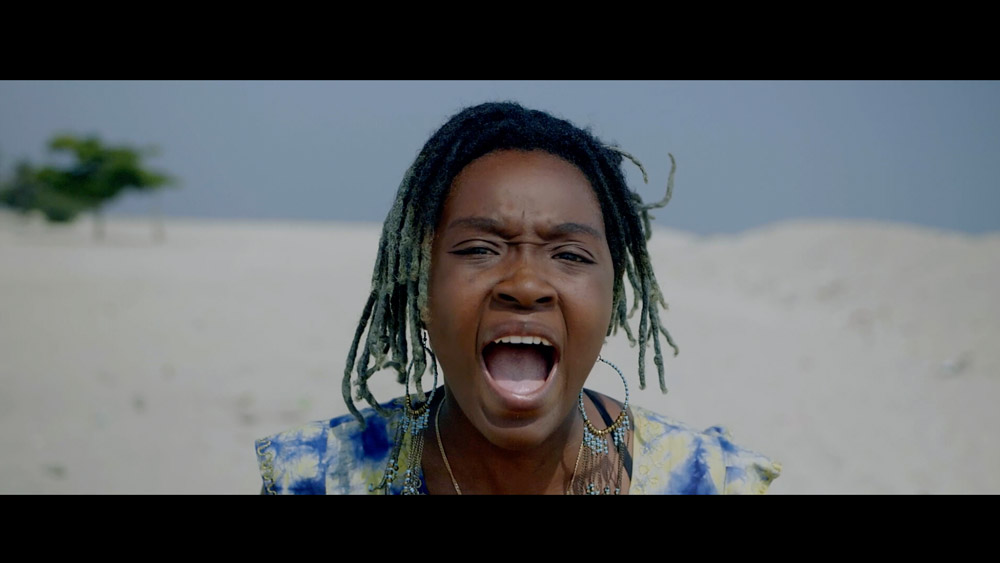 This film takes you into the journey of a woman’s awakening; it is a visual representation that aims to cover and symbolize women stepping into a womanhood that is not built on the foundation of abuse (physical, sexual, emotional). In the end, we see a woman standing, basking in light, freedom from the burdens of existing through a womanhood that is oppressive.