The Institute for Experimental Arts presents an anthology of video poems created by Greek artists in collaboration with international poets, musicians and filmmakers. The curators of the International Video Poetry Festival, one of the biggest video poetry festivals in the world organized for ten years now in Athens, represent the contemporary Greek poetry scene and introduce us to an inspirational creative world. 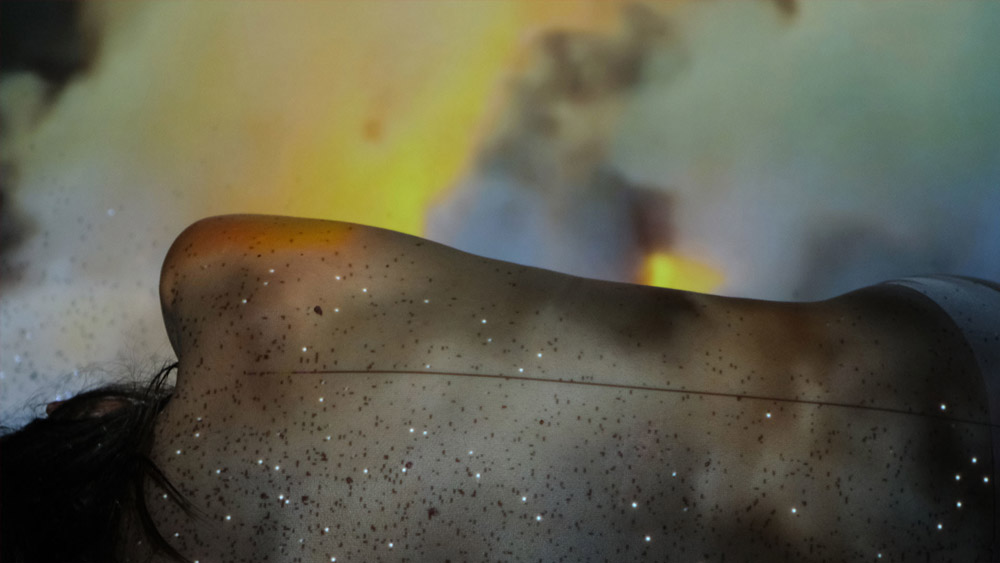 If I Go Out Walking With my Dead Friends

The poem “If I go out walking with my dead friends” belongs to the book “A thousand murdered girls” which was published in 1964. The book consists of 65 poems, each named after a woman who was sentenced to death for participating in the Greek Resistance against the Nazis. “If I go out walking with my dead friends” is a humble memorial for the female heroines mentioned in Papa’s verses but also for today’s freedom fighters. It rings the bell in the consciences of people, pointing out the risk of suppression of freedom within a decaying social system. The past and the present are connected through a visualized dramaturgy of associative patterns. The human body becomes a canvas on which mankind paints its struggles and battles. Its reality is caught in confrontation between projected values and societal demands. How do society’s proceedings reflect on the individual experience? 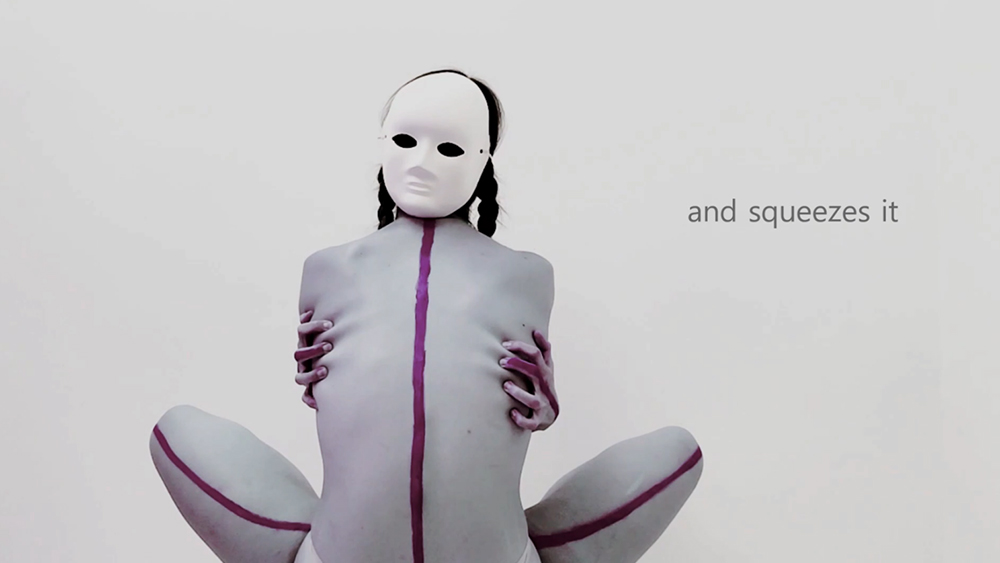 A body moves in a different directions. May be is a love poem or a strong life experience. There is something that makes it unique,it is the odour of you. A video poem dedicated to the loneliness of the contemporary fast life. The most important thing in our days is to make strong, real relationships to heal the pain, the anger and the unwanted memories. 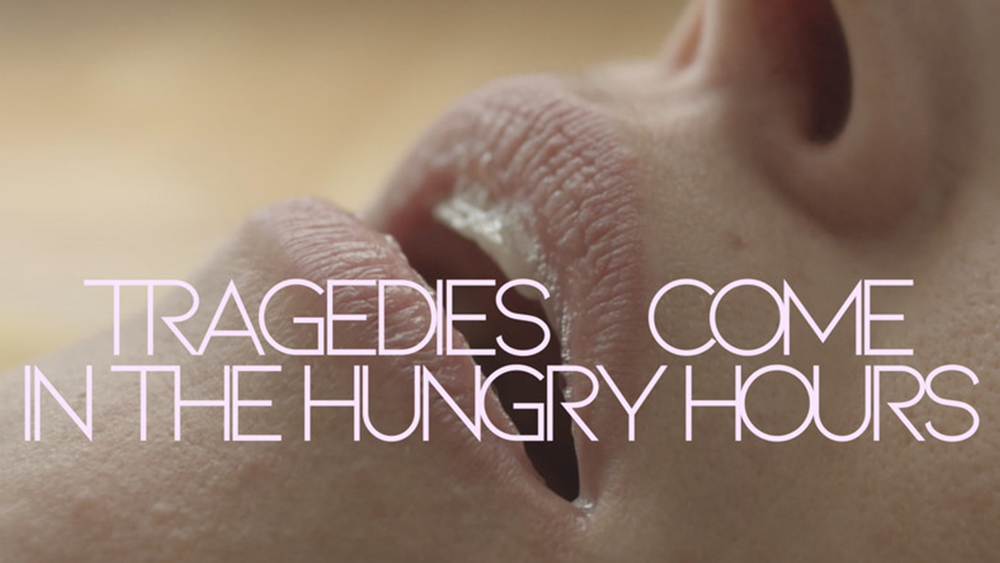 Tragedies come in the hungry hours

The lockdown period finds a woman making strawberry jello while attempting to give Virginia Woolf a call over Facetime. 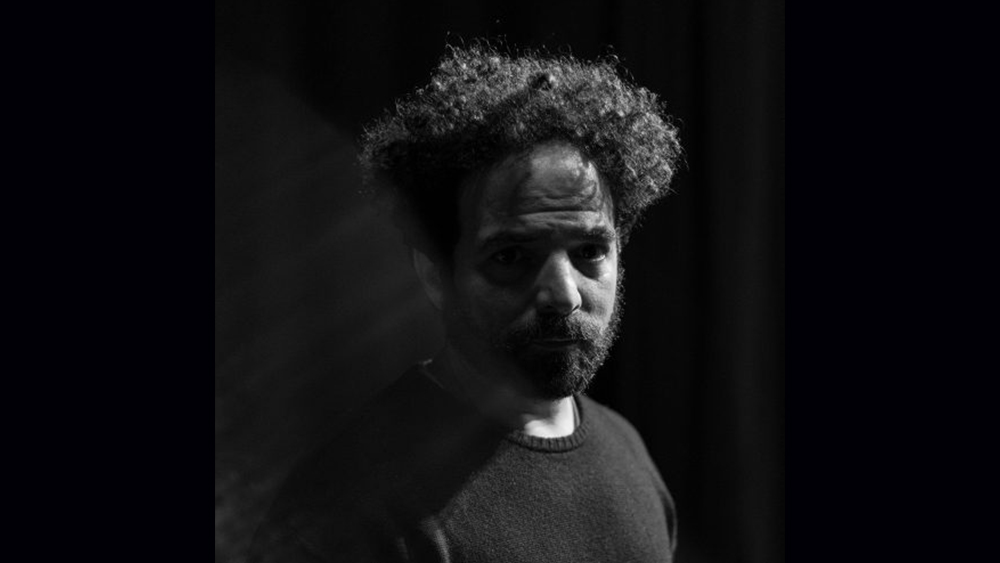 Time, that specific characteristic of the human being. This particular dimension of everyone’s life, which sometimes flows fast and stressfully and some other times flows slowly and torturously. This mega repressor which gives the rhythm to our everyday lives and sometimes does not stop even when facing silence. However, Man is the one who can beat it, by imposing one and only one PAUSE. Every pause, no matter how small it may be, is always a victory over time.

The Video Poem “Pause” is based on the homonymous poem of the Greek poet Anastasia Gkitsi and was first presented in printed style at the 1 st ART THESSALONIKI INTERNATIONAL CONTEMPORARY FAIR in 2016, accompanying the works of 15 visual artists. In the video, the unbroken relationship between time and pause is presented by the Videoartist Janni Kolotouros through three different visual, musical and lingual themes by turns , however maintaining the conceptual cohesion. 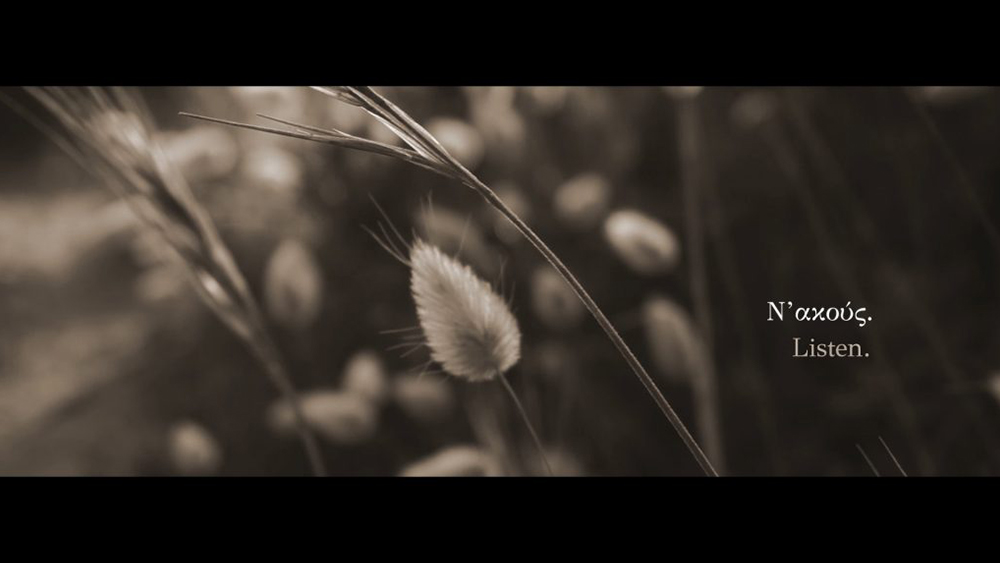 This video poetry project is a visualized letter to our younger self. An emotional adulthood-maturity guide, a how-to speech pointing out the right ways to grow up gently, in order to avoid future frustrations and traumas (quite utopian, don’t you think?)… The lyrics also sound like a plea by the grown self to the younger one, for ‘lowering the tones’ and accepting life’s sweeping change. Is it a helping hand or just a finger of blame? How could the younger self spot the difference? Maybe by having the patience and the courage to face its biggest fears and to accept things as they came.

In the second part of the video, the colors become warmer, the footage run faster and there are no more lyrics but instrumental music. The younger self has now experienced everything that the older self was trying to protect it from, so there is no need of further advice. After seeing through darkness our present self is ready to welcome the light. 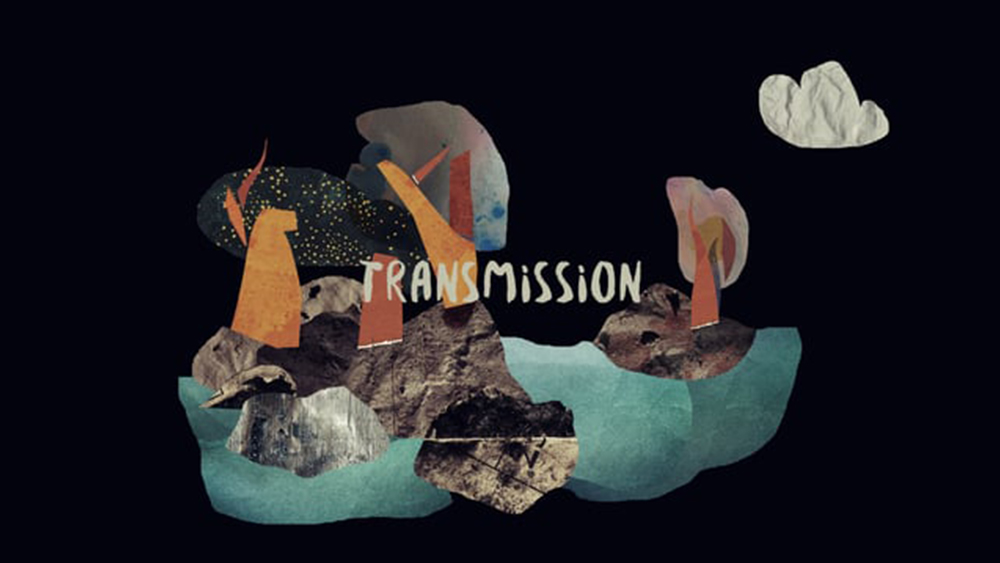 Animated paper cutouts a la Henri Matisse come together to form a visual representation of a poem influenced by the Greek mythological character Orpheus. In Transmission, illustrator and animator Afroditi Bitzouni interprets Chris Sakellaridis’s poem of the same name through a form of collage animation. The seamless fluidity of Bitzouni’s animation resembles the work of Matt Smithson in his Decoding the Mind video. Taking cues from a chilling score by John Davidson, Bitzouni creates fragmented landscapes and abstract humanoids from scraps of colored paper. The majority of the cut outs are grain layer construction paper while others look like they were taken from a magazine or book. An experimental performance, that combines poetry, music, animation, dance and opera. Ιt draws inspiration from a range of retellings and adaptations of Orpheus’s myth. 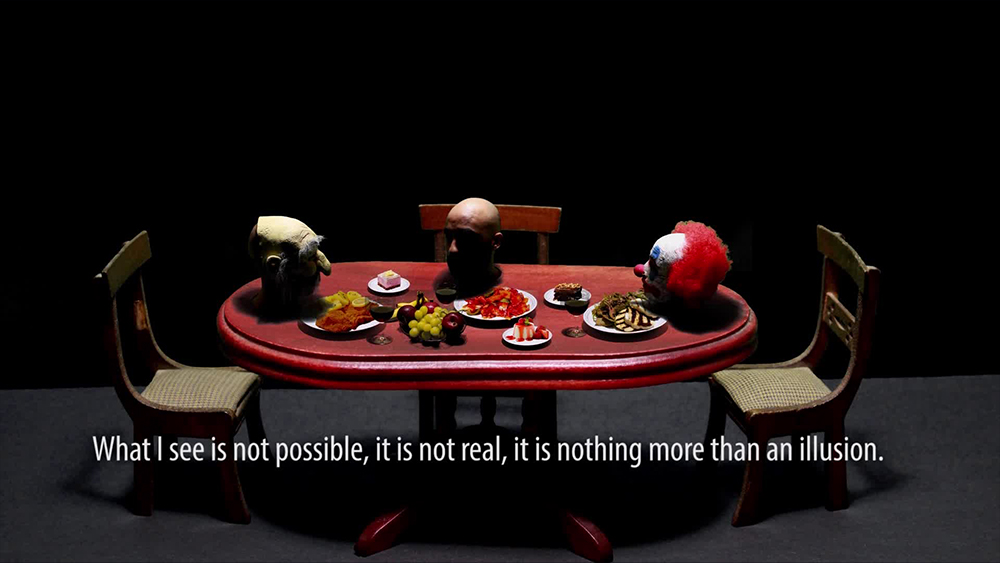 In his aim to interpret how the unconscious works, Freud suggested that it is distinguished by a structure that is divided into three parts, Id the Ego and the Superego. Id, represents the motivations, instincts and biological needs and is inherent from birth. The notion of the Ego is the logical part, it is not innate but it is cultivated through the accumulated experience. The Superego represents all the ethical and social values of the individual, being somehow a moral conscience. He also expressed that the interrelation of the three aforementioned parts define an individual’s mental state. The work “My enemies” has as basic references Freud, Beckett and “The theatre of the absurd” conveying the three mental parts as real and divisive situations. The video shows three characters that discuss and collide with each other creating language games in an environment with a banquet character. 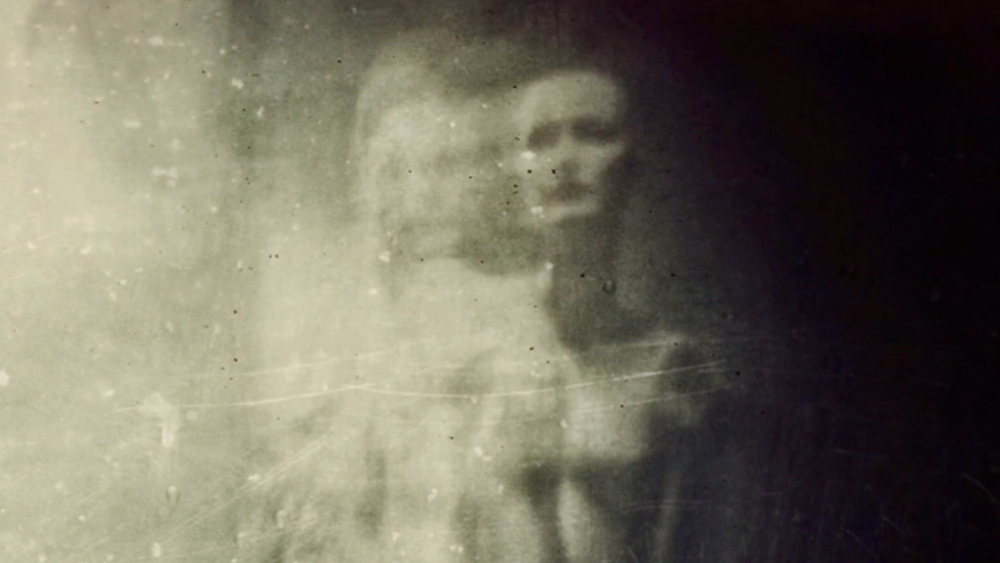 What I Fear Most is Becoming a ‘Poet’

The poem
In her poem ‘What I fear most is becoming “a poet”, Katerina Gogou reflects on her greatest fear – not of the violent oppression she and her people were routinely subjected to, but of falling into the role of state-approved poet, sleepwalking into collusion with the system she fought so hard against.

Director’s note
For me this poem resounds with the psychological distress Katerina experienced as a result of experiencing and bearing witness to collective trauma. Despair and loneliness hover over every line, but there is also a core of steel in the shape of her unwavering conviction and commitment to the cause and to her people. To bring this great poem to life as a poetry film, I drew on my own urban images and footage. In animating the stills, I used the recurring motif of fire and smoke to indicate rebellion and oppression/passion and despair. I worked with the composer/musician Tromlhie to bring out the poem’s emotional journey in musical form and to complement the poem’s slow build – layer upon layer of the fear of ‘becoming “a poet”’. 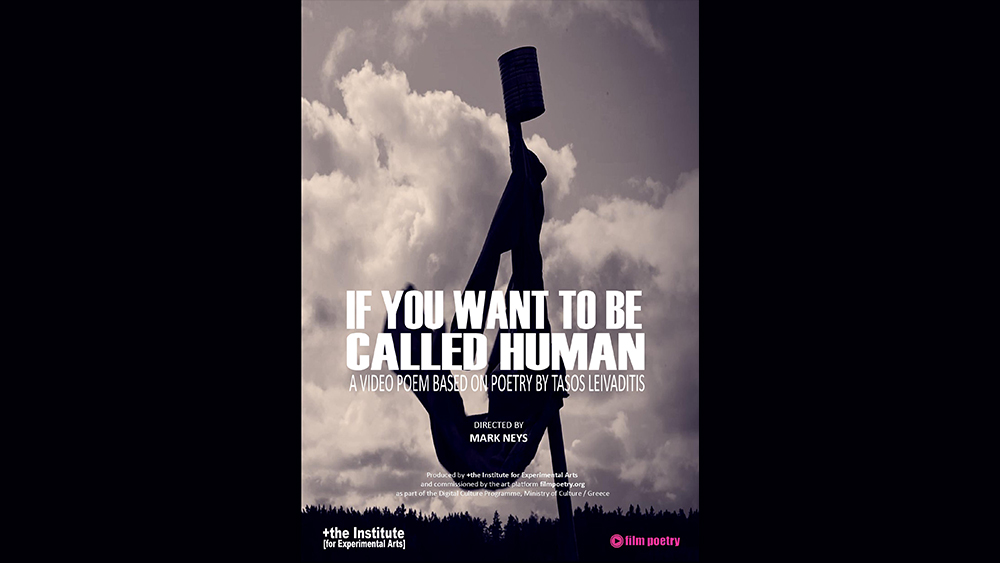 If you want to be called Human

The decision to be a human is not to hide yourself from yourself or from others, it is the moment that you decide to offer your help, your self to others. Humanity is the offering of solidarity to all living beings in terms of equality and social justice. 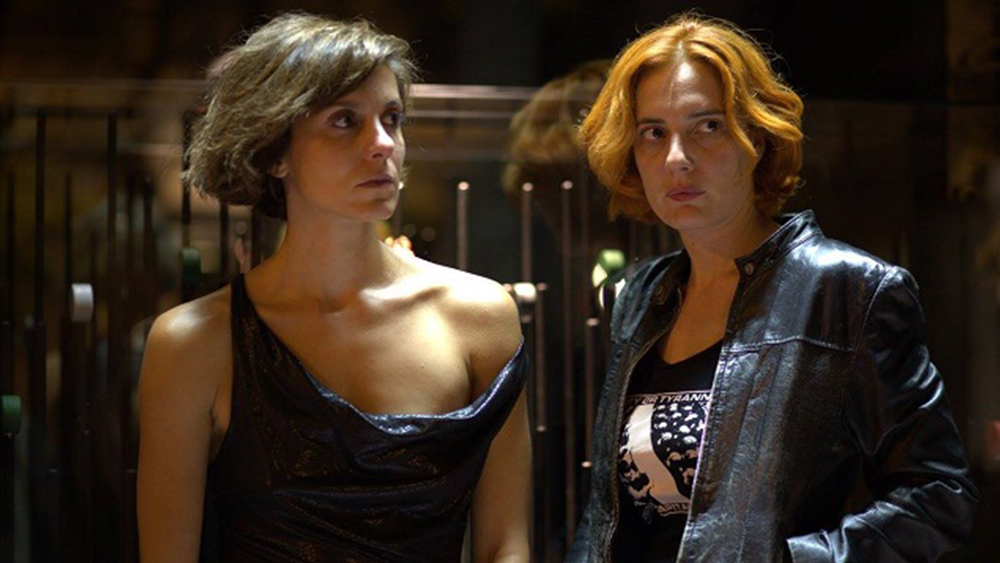 Find a Way to Meet Each Other 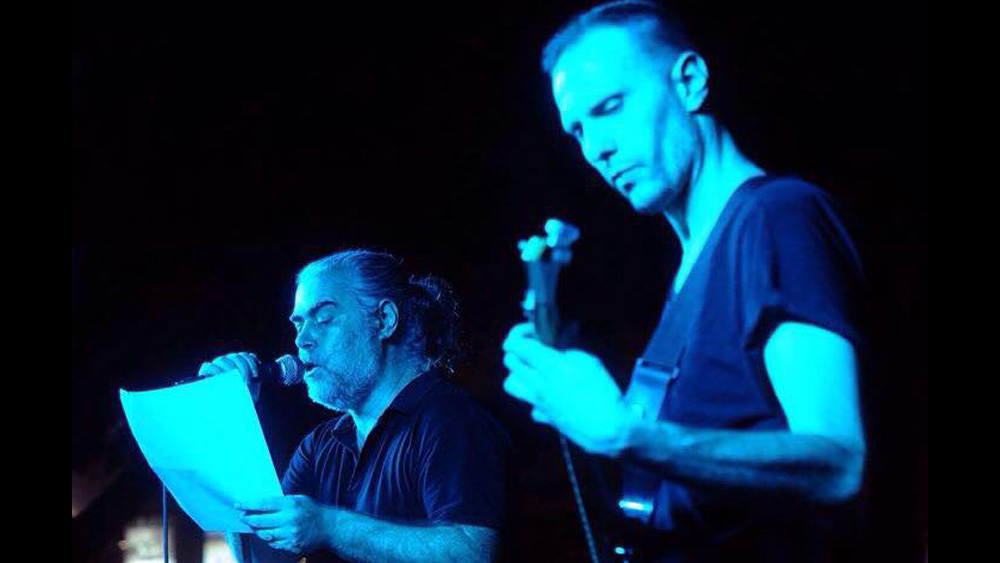 A detailed examination of the collapse of a society – the sound of endless metropolitan pressure. A concept that photographs the era by asking questions about the present and the future, looking for moments of rebellion and escape routes.

Tasos Sagris & Whodoes is a multi media spoken word project experimenting with electronic sound, post rock cinematographic atmospheres, poetry and video art. In the last years they performed in Portikus Museum (Frankfurt) and London School of Economics (London). Their videopoems and their performances has beeen presented at some of the best video poetry festivals in the world. 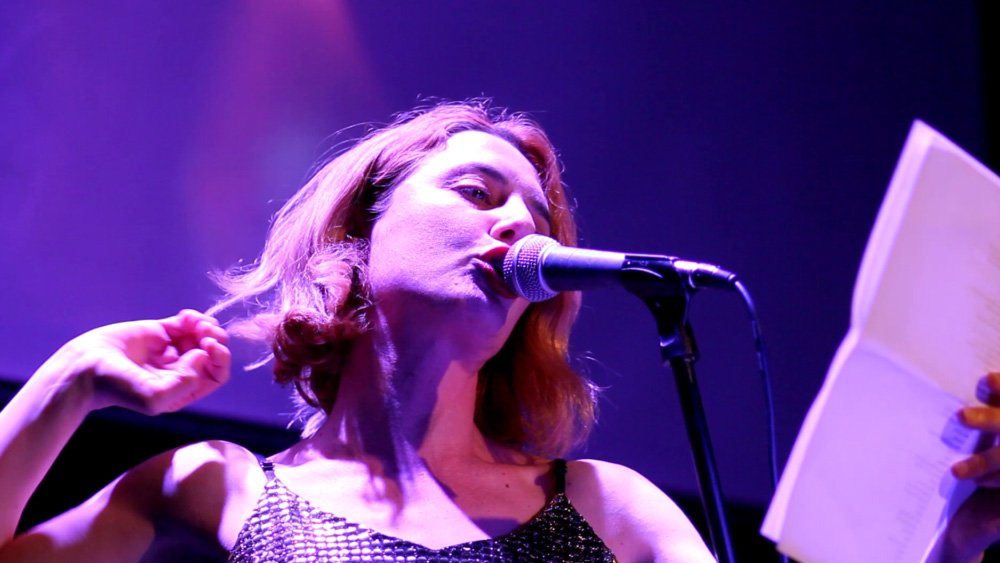 Sissy Doutsiou is an actress and poet based in Athens. Most recently she can be found in the theatrical play Metamorphosis by Franz Kafka playing the protagonist role Gregory Samsa.  She is the curator of the International Video Poetry Festival in Greece and member of the PEN International  – the worldwide writer association. Sissy Doutsiou participated in poetry readings at the 1st Athens Biennial «Destroy Athens». She often tours for lectures, performances, video art exhibitions and poetry readings in Europe, USA, Mexico, India and Nepal.